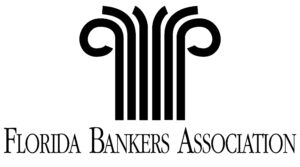 Angie Barger Elected to FBA Board of Directors

TALLAHASSEE—Angie Barger, President & CEO of First National Bank Northwest Florida was recently named to the Board of Directors of the Florida Bankers Association (FBA). Board members represent banks of all sizes and types—from small community banks to large national banks—that operate throughout the state. Each director is elected to a two-year term.

The transition to the new board will take place during FBA’s upcoming meeting, which will be held in December.

“The FBA Board of Directors plays a critical role in the operation of the association and in representing the association to elected officials, regulators and policy-makers,” said FBA President and CEO Alex Sanchez. “We are honored to have such qualified and committed board members.”

The FBA Board of Directors is responsible for setting policy and overseeing the general operation of the Association. FBA board members are required to:

Bankers are nominated by their peers to serve on the board and are selected based upon their service to the FBA, community involvement and geographic region. Seats on the board are available in staggered terms.

The Florida Bankers Association (FBA) is the voice of Florida’s banking industry, which is composed of small, regional and large financial institutions that together employ tens of thousands Floridians, safeguard more than $500 billion in deposits and extend more than $135 billion in loans. Established in 1888, the FBA is one of Florida’s oldest trade associations; its members hold more than 90 percent of the state’s deposits.